SLANG IS IT GOOD OR BAD? 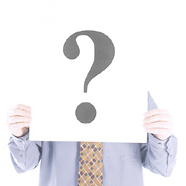 to have, to have not


Is slang a good thing? Language guru David Crystal in his huge work on the English language , ‘The Cambridge Encyclopaedia of the English Language’ gives a whole list of reasons why it is used – to which the person I’ve just asked about it says ‘It extends the language.’
Crystal says it is a way of being witty and different as well as adding an earthiness to the abstract. It can reduce the seriousness of an occasion or take the sting out of a refusal. It is also a kind of secret language. Young people use slang the adults don’t understand. Cockney rhyming slang is said to have been a thieves’ argot, so that the authorities did not understand what was being said. Sometimes though it means that those of you who are learning English as a second language don’t understand either – but with care you can work it out.
Watch any episode of ‘Minder’ or ‘Only Fools and Horses ‘ if you can, or ‘Auf Wiedersehn Pet’ for some prime examples of English slang. The first two are based very much in working class London and the second uses a variety of characters from different parts of the country including Tyneside – an accent that even those of us just a 100 miles or so south find hard at first.
On the other hand what is slang and what is dialect?  Watch 'The Darling buds of May' for Kentish accents. You will find such programmes fun even if you don’t understand every word.  They could lead to bad habits though.  You may end up referring to your wife as "'er indoors" or pronouncing ‘God ‘ as ‘Gawd’ and talking about the ‘perfick’ weather.   What it will do though, is enrich your knowledge of English in a positive way and this is the aim after all.

Here are some examples of slang:-

Some words are associated with particular versions of English – ‘Dinkum’ is Australian for ‘Good’ or ‘True’ as in ‘Fair dickum, mate’. This is fine in Australia , but sounds a little out of place elsewhere.

Do remember though, before you try to use any slang, that lots of slang words are considered to be extremely rude. Make sure you really understand what a word or phrase means before you introduce it into conversation, unless you want to be rude of course.


Other words may be associated with crime, especially illegal drugs, so are best avoided if you want to make the right impression.

I hope I’m not putting you off using these colourful metaphors and phrases. They add variety and liveliness to any speech and if they were good enough for Shakespeare, they must be good enough for you. Loads of things he said for the first time are now part of everyday English - ‘elbow room ‘ meaning room to move; ‘to be eaten out of house and home’ - used when a greedy guest uses up all your resources; ‘the apple of one’s eye’ refers to something very dear to you. There are lots more

Some slang you can work out the meaning of, but there is lots more when it is virtually impossible. I’ve just been looking at a novel set in the 1960’s, and even though I was round then, it might as well be in Dutch.


So try writing down or remembering slang you come across it, and then ask someone what it means before you actually use it, and most of all enjoy of the silliness of it.   And remember, if you do make a mistake it doesn’t really matter.

(Fuente: The English Magazine)
Publicado por Outside The Box en 9:40